IMPORTANT NOTICE: Due to the COVID-19 pandemic MOSC Spring Concerts have been cancelled. Current ticket holders will receive an email from the Wagner Noël Performing Arts Center with ticket options. We thank you for your continued support and look forward to sharing music with you again next season. 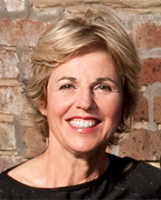 Geraldine Walther, violist of the Takács String Quartet, was Principal Violist of the San Francisco Symphony for 29 years, having previously served as assistant principal of the Pittsburgh Symphony, the Baltimore Symphony and the Miami Philharmonic.

A native of Florida, she first picked up the viola in a public school music program in Tampa. She went on to study at the Manhattan School of Music with Lillian Fuchs and at the Curtis Institute with Michael Tree of the Guarneri Quartet. In 1979 she won first prize at the William Primrose International Competition.

Among the many works Ms. Walther performed as soloist with the San Francisco Symphony are Mozart’s Sinfonia concertante, Telemann’s Concerto in G major, Berlioz’s Harold in Italy, Hindemith’s Trauermusik, Der Schwanendreher, andKammermusikenNos. 5 and 6, Tippett’s Triple Concerto, Martinu’s Rhapsody-Concerto, and the viola concertos of Walton, Piston, Henze, Musgrave, Bartók, Schnittke, and Penderecki. She performed the US premieres of several important works with the Orchestra, including Takemitsu’s A String Around Autumn in 1990, Lieberson’s Viola Concerto in 1999, Holloway Viola Concerto, and Benjamin’s Viola, Viola (together with SFS Associate Principal Violist Yun Jie Liu), also in 1999. In May 2002 she was soloist in William Schuman’s Concerto on Old English Rounds and the Britten Double Concerto for violin and viola.

In 1995 Ms. Walther was selected by Sir Georg Solti as a member of his Musicians of the World, an orchestra composed of leading musicians from around the globe, for concerts in Geneva to celebrate the 50th anniversary of the United Nations. She has also served as principal violist with the Mainly Mozart Festival in San Diego and has performed as soloist with other Bay Area orchestras. She has participated in leading chamber music festivals, including Marlboro, Santa Fe, Tanglewood, Bridgehampton, Cape Cod, Amelia Island, the Telluride, Seattle, and Green Music Festivals, and Music@Menlo. She has collaborated with such artists as Isaac Stern, Pinchas Zukerman, and Jaime Laredo, and has appeared as a guest artist with some of the world’s most renowned string quartets, including the Tokyo, Vermeer, Guarneri, Lindsay, Cypress, and St. Lawrence quartets. She joined the Takács Quartet as a regular member in the fall of 2005.

In addition to her recordings for Hyperion with the Takács Quartet, Geraldine Walther has released two MSR Classics recordings:  Johannes Brahms Viola Sonatas and the Trio in A Minor with pianist David Korevaar and cellist Andras Fejer and Hindemith Viola Sonatas with pianist David Korevaar.  Other recordings include Hindemith’s Trauermusik and Der Schwanendreher with the San Francisco Symphony (both on London/Decca), Paul Chihara’s Golden Slumbers with the San Francisco Chamber Singers (Albany), and Lou Harrison’s Threnody (New Albion) and as a member of the Volkert Trio, Delectable Pieces (Con Brio).

Geraldine is the mother of two grown daughters: Argenta, a soprano living in Los Angeles and Julia, a ceramicist, in Washington D.C., and lives in Longmont, Colorado with her husband Tom.