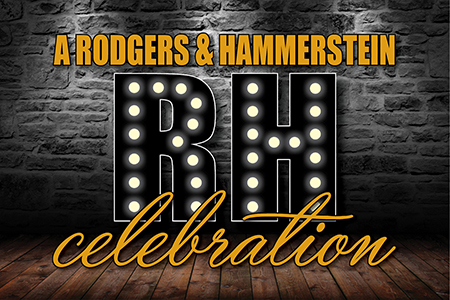 Featuring Broadway stars Sarah Jane McMahon, Gary Mauer and William Michals along with the MOSC Symphony Chorale performing show-stopping Broadway tunes such as Climb Every Mountain, Oklahoma!, Some Enchanted Evening, All The Things You Are, and many others! 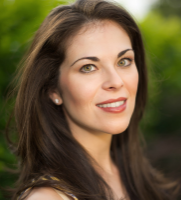 Hailed by The New York Times as “bright, active, and fastidiously musical,” and by Opera News as having “a golden sound,” Sarah Jane McMahon is recognized for her “beautiful vocal sophistication” and “sparkling stage presence.” Recently, Sarah Jane sang a Gala concert opposite Placido Domingo and made her debut with The San Francisco Symphony, Munich Philharmonic, the Wiener Konzert Haus, Bremen’s Die Glocke, and the Santo Domingo Festival in The Dominican Republic. A frequent guest artist at New York City Opera, she performed Mabel in their new production of The Pirates of Penzance and was described by The New York Times as “the most polished and flexible singer in the cast” and “a deft comic actress.” She also received their coveted Kolozsvar Award for her performances as Galatea in Handel’s Acis and Galatea, and was lauded for her “silvery-voiced soprano” and “real star presence” in Purcell’s King Arthur.

Selected by Maestro Placido Domingo to join the Los Angeles Opera, she sang with the celebrated tenor as the Fifth Flower Maiden in Parsifal, Naiad in Ariadne auf Naxos and The Milliner in Der Rosenkavalier. Sarah Jane also has performed with Bard SummerScape Festival as Xanthe in Richard Strauss’ Die Liebe der Danae, with the Washington Concert Opera as Dorinda in Handel’s Orlando, with Michigan Opera Theatre as Zerlina in Don Giovanni, Arizona Opera as Mabel in Pirates of Penzance, Opera Grand Rapids as Fiordiligi in Cosi Fan Tutte, Pamina in Die Zauberflöte, Maria in West Side Story and Micaela in Carmen, Opera Omaha as Fanny in Il Cambiale di Matrimonio, Toledo Opera as Violetta in La Traviata, Josephine in HMS Pinafore with both the Louisiana Philharmonic Orchestra and San Antonio Opera, with Central City Opera as Maria in West Side Story, Kathie in The Student Prince, Anne in A Little Night Music, and Lucia in Rape of Lucretia, with Chautauqua Opera as Mabel in The Pirates of Penzance, with Des Moines Metro Opera as Susanna in Le Nozze di Figaro, Lisette in La Rondine, and Abigail Williams in The Crucible, Opera Company of North Carolina and Mississippi Opera as Gilda in Rigoletto, Piedmont Opera as Clara in The Light in the Piazza, and Opera Theater of Connecticut as Violetta in La Traviata and Cleopatra in Handel’s Giulio Cesare. Her roles with the New Orleans Opera include Pamina in Die Zauberflöte, Micaela in Carmen, Valencienne in The Merry Widow, Musetta in La Bohème, Monica in The Medium, and Maria in West Side Story. Sarah Jane also performed Donna Clara, the Infanta, in Zemlinsky’s Der Zwerg at Bard SummerScape Festival for which Opera News wrote: “Sarah Jane McMahon laughed and danced as the glamorous Infanta, making a golden sound with an alluring light vibrato that evoked the young Pilar Lorengar.”

Sarah Jane has recorded the title role in the premiere recording of Emmerich Kalman’s Sari, available on Albany Records. She also has an album of sacred music dedicated to New Orleans and the survivors of Hurricane Katrina, a Christmas album, Night of Silence, and a newly released old standards album, Blessings and Silver Linings.

Gary Mauer was seen on Broadway as the Phantom in the Hal Prince production of The Phantom of the Opera, a role he previously performed on the National tour. Previously he starred in the Broadway production of The Phantom of the Opera, performing the romantic leading role of Raoul. In addition, Mr. Mauer performed in the Broadway production of Les Miserables in the role of Enjolras, the revolutionary leader, a role he also performed with the National Tour in the
US and Singapore. In addition, he performed the leading role of Gaylord Ravenal in the National Tour of Show Boat, opposite his wife, Elizabeth Southard. Mr. Mauer was also a featured soloist in the world tour of “The Music of Andrew Lloyd Webber,” with Michael Crawford, bringing him to Japan, Australia, England, Scotland and culminating back in the US, where he performed for two weeks at the famous Radio City Music Hall in New York City. Regionally, his numerous credits include Jesus in Jesus Christ Superstar, Frederick in The Pirates of Penzance, Anthony in Sweeney Todd, Tony in West Side Story, Whizzer in March of the Falsettos and Danny in Baby.

A graduate of the University of Arizona, Mr. Mauer has performed with symphony orchestras all over the world including the Brazil Symphony Orchestra in Rio de Janeiro the Cleveland Orchestra, Chicago Symphony (with Marvin Hamlisch), Hong Kong Philharmonic, Colorado Symphony, Utah Symphony and Opera, Buffalo Philharmonic, Phoenix Symphony, San Diego Symphony, among many others. Mr. Mauer has performed numerous times with Peter Nero and the Philly Pops and toured with Mr. Nero in Spain. Gary was the guest soloist in many concerts with the late Marvin Hamlisch. He is the tenor soloist in the popular BRAVO Broadway!

Recently appearing in the landmark revival of Rodgers and Hammerstein’s South Pacific at Lincoln Center, Broadway and concert baritone William Michals made his Broadway debut as “The Beast” in Disney’s Beauty and the Beast, and later returned to play Gaston in the same production. His career has continued in such roles as Javert in Les Miserables, Billy Flynn in Chicago, Don Quixote in Man of La Mancha, Harold Hill in The Music Man,  and also recognition by Chicago’s “Jeff” and the National Star awards for his portrayal of Chauvelin in the recent national tour of The Scarlet Pimpernel. Audiences across the country have enjoyed him as Captain von Trapp in The Sound of Music, and as Billy Flynn in Kander & Ebb’s Chicago.

Not only has Michals played the great theatrical venues of the nation, including Carnegie Hall, Broadway’s fabled Palace Theatre, LA’s Ahmanson and D.C.’s Kennedy Center for the Performing Arts, but he’s also entertained in New York’s finest rooms, including the Rainbow Room, The Four Seasons, and the Grand Ballroom of The Plaza. Casino dates, like the recent concert at the Foxwoods Resort, continue to be a part of his calendar. Michals regularly appears with the country’s leading orchestras, including the San Francisco, San Diego, Utah, and Hartford Symphonies, The New York Pops, and appeared with Peter Nero and the Philly Pops for another sold-out evening of “Broadway Showstoppers”. William recently returned from Hong Kong, where he performed concerts with the Hong Kong Philharmonic.

He has sung The National Anthem for major league sporting events from coast to coast, and enjoys the rare distinction of performing for the joint leadership of the House and Senate inside The United States Capitol. Symphonic performances of "The House I Live In" and John Williams' "America, The Dream Goes On" have garnered the praise and admiration of many D.C. notables, especially Sen. Orrin Hatch (himself an accomplished songwriter). Mayor Rudy Giuliani personally called upon William to open the December 11, 2001 memorial service at Ground Zero with a solo, a cappella rendition of "Let There Be Peace On Earth", which has been rebroadcast worldwide over network TV, CNN, National Public Radio, and the Internet.

William’s credits extend into the operatic world, in New York, Boston, and in concert at the Aspen and Tanglewood Music Festivals. Favorite roles include Figaro and the Count in Mozart’s Le nozze di Figaro, Escamillo in Bizet’s Carmen, Marcello in Puccini’s La Bohème, Danilo in Lehár’s The Merry Widow, and the dark Hunding in Wagner’s Die Walküre. TV appearances include "Law and Order", "All My Children", and "Guiding Light."

Following the success of his live CD, william michals broadway in concert, William is now collaborating with some of the extraordinary creative talents behind Sarah Brightman, Josh Groban, and Charlotte Church, fusing a myriad of musical styles and providing a dark baritone sound to the “classical crossover” market. His growing fan base counts members from Europe, Canada and the United States.