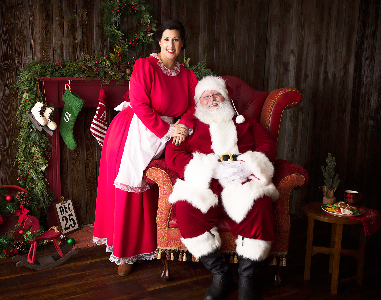 Scott is a West Texas boy, raised in Odessa and graduated from Odessa High in '98. He then moved to VA where he graduated from Liberty University. Scott has been seen locally at the Permian Playhouse as Charlie Brown in YOU'RE A GOOD MAN, CHARLIE BROWN, Frederick in A LITTLE NIGHT MUSIC, and as Frankie in FOREVER PLAID and as Shrek in SHREK, THE MUSICAL at MCT. Other local credits include Younger Brother in RAGTIME, Hal in PROOF and Jim in GIFTS OF THE MAGI. Scott has also performed professionally in NYC as Dave in THE FULL MONTY, Narrator/Mysterious Man in INTO THE WOODS, Pirate King in PIRATES OF PENZANCE and Curly in OKLAHOMA! Scott has also enjoyed directing IN THE HEIGHTS, TUESDAYS WITH MORRIE, ANNIE, and GODSPELL at The Permian Playhouse. He worked in various regional theaters along the East Coast where he originated the roles of Peter in THE MIRACLE, Cecil Barrington in REBEL CRY and Marshall Everett in RIBS FOR DINNER. Scott has been married to his incredible bride, Nikki, for almost 16 years and they are the proud parents to 3 incredible little elves!

Nikki is a native of Southern California and has participated in many shows throughout her life. Various roles include Rizzo in GREASE, Rosie in BYE, BYE BIRDIE, Laurie in OKLAHOMA! and the Dragon & Mama Bear in SHREK, THE MUSICAL, as Winifred Banks in MARY POPPINS and as Ursula in THE LITTLE MERMAID. She has been seen on stage locally at the Permian Playhouse as Cathy in THE LAST FIVE YEARS, Daniella in IN THE HEIGHTS, Desiree in A LITTLE NIGHT MUSIC, Miss Hannigan in ANNIE and herself in SMOKEY JOE'S CAFE.  Nikki’s regional credits include The Miracle Theater where she originated the role of Martha in THE MIRACLE, Abigail Barrington in REBEL CRY & Ensemble in Riverside Civic Light Opera’s production of JOSEPH. Scott and Nikki have been married for almost 16 years and are the crazy parents to two blond haired, blue eyed divas in training and a handsome little boy.