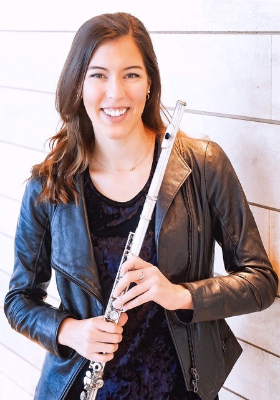 Ms. Velasquez holds the position of Principal Flute with the Missouri Symphony and the Midland-Odessa Symphony & Chorale, where she is a member of the West Texas Winds. She has performed as a guest with the San Antonio Symphony and serves on the faculty at the University of Texas of the Permian Basin and Odessa College.