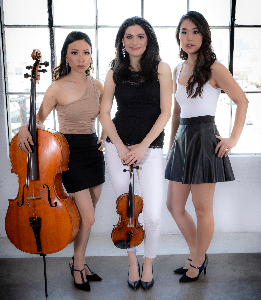 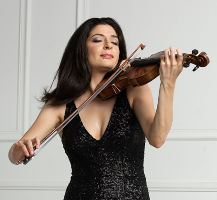 With her limitless enthusiasm and vast gifts as a performer and entertainer, American violinist, LINDSAY DEUTSCH, is a charismatic and captivating presence on today’s music scene. She has thrilled audiences world-wide with her passion for music and brilliant display of technique and musicianship.

Lindsay Deutsch is presently touring as a solo violinist with Yanni having just finished up tours with him throughout North America, Saudi Arabia, Uzbekistan, and Abu Dhabi. Future tours will include Indonesia, China and more.

Maestro Jung-Ho Pak, conductor and artistic director of the Cape Symphony Orchestra, says of Lindsay, “A conductor dreams about finding a soloist who understands the essential responsibility of helping change a large community’s view of classical music. In a time when every concert has to be unforgettable and a game changer, Lindsay can make that happen every time.”

Ms. Deutsch received her education from the Colburn Conservatory in Los Angeles, where she studied under Robert Lipsett. Lindsay Deutsch plays on an 1845 Jean-Baptiste Vuillaume violin.

Born and raised in Southern California, LILA YANG began her cello studies at the age of six. Her love for music grew rapidly as she toured throughout Indonesia, Thailand, and Korea with her mentor, Professor Bong Shin Ko, during her elementary years. After receiving numerous awards and extensive training in chamber, orchestral and solo repertoire Yang made her first debut with the USC orchestra at Colburn Zipper Hall under the mentorship of Professor Jun Joon Sung in 2007.

Lila received scholarship to attend The Juilliard School in 2008 under the tutelage of David Soyer, widely considered to be the foremost master of cello pedagogy and distinguished pupil of Pablo Casals. Her Juilliard string trio toured internationally to give masterclasses, fundraising concerts, and perform for the Peace Corps and Embassy in Costa Rica in 2011. Ms. Yang’s chamber and orchestral performances have taken her to venues such as Carnegie Hall, Lincoln Center’s Avery Fisher Hall, Alice Tully Hall, Walt Disney Concert Hall as well as stages across Germany, Spain, and France.

Ms. Yang is passionate about promoting Classical music to the younger generation of listeners as well as bringing it to less-reached communities throughout the world. Ms.Yang serves as faculty at DBHS, Cal State Music Clinic, HOPE, OCCE, and Junior Chamber Music. Lila is recognized most for her “eloquent phrasing, and unique singing tone” and remains an active soloist, chamber musician, freelance orchestra musician, music outreach advocate, and teacher. 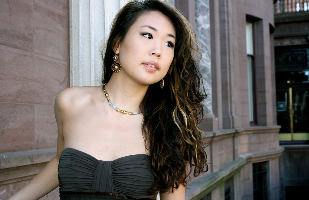 American pianist IRENE KIM has been praised for her "vitality and charm" and "authoritative inevitability" by the Peninsula Review and her "superior technique and delicate sensibility" by the Korea Times. Her performances have been heard across North America and Europe in recitals, chamber ensembles, and as a soloist with top orchestras around the globe.

Irene’s professional training has been centered at the Peabody Conservatory, where she recently received her Doctorate in Musical Arts.